Police are charged with enforcing our criminal laws, which includes preventing crime, investigating crimes that have occurred, identifying and apprehending suspects, and gathering the evidence that will be used at trial. Much of what police officers do on a day-to-day basis though, has nothing to do with solving crime. Police are often called to quiet noisy neighbors, relocate homeless individuals, and render aid. As a result, police are often the most visible element of the criminal justice system. They have also become the most controversial element. This is, in part, because they have significant discretion on where and how to enforce laws. In particular, unlike the rest of us, police are authorized to use force against the members of the community they serve. To truly reform policing practices, we need to answer two broad questions: What do we want police to do? and How can we ensure they do it well?

Below, we have identified some of the aspects of policing most examined in the academic literature. The research collected here raises and then answers specific questions for those interested in improving policing. Those questions include: What limits should the law impose on police techniques for investigating crimes and collecting evidence? How do we ensure those techniques do not infringe on individual rights or contribute to wrongful convictions? When, and under what circumstances should police be authorized to use physical force against members of the community? How can we hold police officers and departments legally accountable when force is used inappropriately? What can be done about the consistent and demonstrable racial disparities in police-citizen interactions and outcomes?

The police use a number of different techniques to investigate crime, including searches and seizures, interrogations, eye-witness interviews, and the use of informants. These techniques raise a number of questions about what the limits on police investigations should be. For example, significant questions have been raised about police use of informants and cooperating co-conspirators. These people are often under threat of their own criminal charges, calling into question their motivations and reliability. Following an arrest, many police departments use procedures for eyewitness identifications and eliciting confessions that may be outdated and scientifically unsound, which can increase the probability of error. A growing number of defendants convicted of crimes have been exonerated with DNA evidence, suggesting significant issues with investigative techniques. The research presented here seeks to identify the problems with police investigations and suggest reforms that will protect constitutional rights and lead to better results, without unduly interfering with the police’s ability to do its job.

The defining characteristic of police—the thing that separates them from ordinary citizens—is that they are authorized to use force against the members of the community they serve. Policing can be dangerous work, and police need to be able to defend themselves. However, academic research consistently demonstrates that police deploy force inconsistently, inequitably, and in ways that can harm police-community relationships. It is easy to focus on deadly force, particularly in light of the numerous and tragic civilian deaths that have captured national attention in recent years. But police use of force can also include stopping someone on the street and frisking for weapons. When necessary, it can also include pushing, punching, or choking someone, threatening them with objects such as a baton or flashlight, tasing them, or releasing restraint dogs. The research presented here highlights many of the contemporary problems with police use of force and offers recommendations for future reform, including improved training, clearer policies, and enhanced supervision.

A key element in improving policing is setting appropriate policies and establishing adequate training. Unlike nearly all other government agencies, police are not subject to direct democratic accountability. Put differently, the public is typically not involved in making the rules that guide and govern police, such as under what conditions to use chokeholds or other forms of force.

When policing goes wrong—when the powers we give to police to pursue public order and crime control are misused—there are often too few legal remedies. Through the doctrine of qualified immunity, federal courts have limited the ability of citizens to sue the officers who violated their rights. Prosecutions of police are also rare, given the dynamics between police and prosecutors, who routinely work together, as well as the need for corroborating witnesses or video evidence. The academic research presented here proposes new models of police accountability, including the use of community review boards and independent prosecutors, the collection and release of data, and the adoption of an agency model of police rule making.

Race, unfortunately, permeates policing. Across the United States, many citizens believe that police officers regularly approach and question them with no evidence of wrongdoing, solely because of the color of their skin or where they live. While some argue that crime is concentrated in minority neighborhoods, others point out that more crimes are found in minority communities because that is where the police are looking for them. According to one study, 5% of illicit drug users are African American, yet African Americans represent 29% of those arrested and 33% of those incarcerated for drug offenses compared to their non-minority counterparts who use drugs at a similar rate.

Additionally, the Supreme Court has largely shielded racial profiling—police use of racial or ethnic appearance as an indicator of suspicion—from review, despite evidence that it inflicts significant harm on both individuals subjected to profiling and on the justice system as a whole. The burdens fall overwhelmingly on citizens of color, as shown by longstanding racial disparities in police stops, arrests, and use of force. The academic research presented here suggest legal reforms to reduce racial disparities in policing, including revising Constitutional standards for police behavior, implementing race-neutral and data-driven instruments to guide decision making, and developing state-level civil remedies for noticeable patterns of race-motivated policing.

Experts and Affiliates on Policing 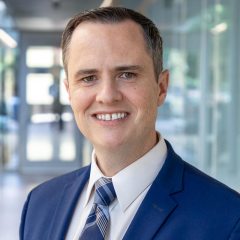 Dean and Chancellor’s Professor of Law
University of California, Irvine