Indigenous Rights, Human Rights: It's Time for the Declaration 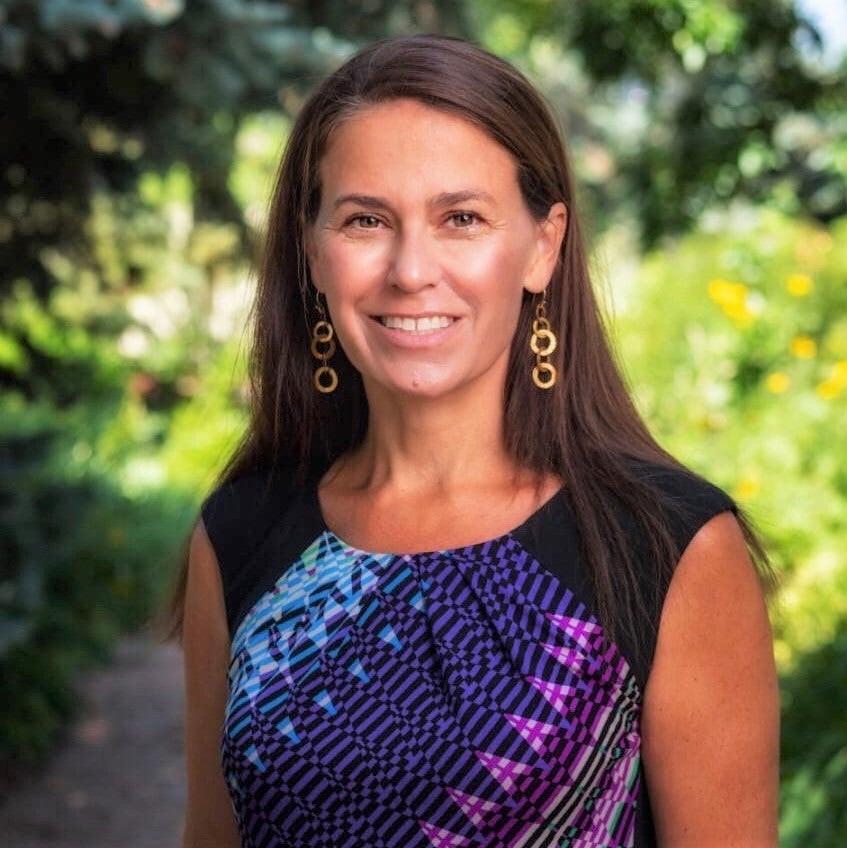 Kristen Carpenter is Council Tree Professor of Law and Director of the American Indian Law Program at the University of Colorado Law School. Professor Carpenter served as a member of the United Nations Expert Mechanism on the Rights of Indigenous Peoples (EMRIP) from 2017-2021 and as its chair from 2019-2020. While serving at the United Nations, Professor Carpenter worked on human rights issues regarding Indigenous Peoples in Brazil, Canada, Democratic Republic of Congo, Finland, Japan, Mexico, Russia, South Africa, Sweden, Thailand, and other locales. With colleagues at the Native American Rights Fund, Carpenter is now co-lead on “The Implementation Project,” an effort to realize the aims of the UN Declaration on the Rights of Indigenous Peoples in the United States.

At Colorado Law, Professor Carpenter teaches and writes in the areas of Property, Cultural Property, American Indian Law, Human Rights, and Indigenous Peoples in International Law. She has published several books and legal treatises on these topics, and her articles appear in leading law reviews. Professor Carpenter has been awarded the Provost's Award for Faculty Achievement and the Outstanding New Faculty Award. She has served as Associate Dean for Faculty Development and Associate Dean for Research. She was a founding member of the campus-wide Center for Native American and Indigenous Studies at CU-Boulder. In 2016 she was the Oneida Indian Nation Visiting Professor of Law at Harvard Law School.

Before entering academia, Carpenter clerked on the U.S. Court of Appeals for the 10th Circuit and was an associate attorney at Hill & Barlow, P.C., in Boston. She gained experience in Indian law as a clerk for the Mashantucket Pequot Tribal Nation and at the law firms of Fredericks, Pelcyger, Hester & White and Sonosky, Chambers, Sachse, Miller & Munson. Professor Carpenter is an elected member of the American Law Institute and served for many years on the Federal Bar Association's Indian Law Section Board.

This annual lecture is named in honor of William C. Canby Jr., of the U.S. Court of Appeals for the Ninth Circuit, a founding faculty member of the Sandra Day O’Connor College of Law and the Indian Legal Program.

In 1962, Judge Canby and his wife, Jane, helped establish the Peace Corps in Africa, serving ﬁrst in Ethiopia, then as a Director in Uganda. Returning to the United States, he served as Special Assistant to Sen. Walter F. Mondale, then as an assistant to Harris Wofford, President of State University of New York at Old Westbury.

Judge Canby came to Arizona in 1967 as a founding faculty member of ASU’s College of Law, taught the ﬁrst classes in Indian law, and was instrumental in the creation of the Indian Law Program. He also devoted numerous hours to assisting Arizona farmworkers and other citizens in need of legal help. While at ASU, Judge Canby visited Uganda as a Fulbright Professor of Law at Makerere University (1970–71). In 1999, he returned to Ethiopia in an attempt to facilitate peace during the war between Eritrea and Ethiopia. In 1980, President Jimmy Carter appointed him to the U.S. Court of Appeals for the Ninth Circuit. He was elected as new member of the American Law Institute in 2013.

As both a professor and a jurist, Judge Canby has become known as an expert in American Indian law. He has testiﬁed before Congress, and authored law review articles, a major textbook, and Canby’s American Indian Law in a Nutshell, now in its ﬁfth edition. While still a professor at ASU, he successfully argued Bates v. State Bar of Arizona, in which the U.S. Supreme Court held that the First Amendment allows lawyers to advertise in a manner that is not misleading to members of the general public.

2015-16
The Rise of Tribes and the Fall of Federal Indian Law
Lance G. Morgan
President and CEO, Ho-Chunk Inc.

2014-15
A Modicum of Justice: Incorporating the United Nations Declaration on the Rights of Indigenous Peoples (UNDRIP) into Federal Indian Law
G. William "Bill" Rice
Professor of Law and Co-Director of the Native Amreican Law Center, University of Tulsa College of Law