Making the Promises of Democracy Real in 2022 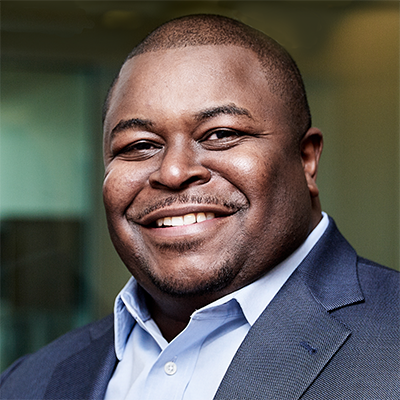 Damon T. Hewitt has more than 20 years of civil rights litigation and policy experience, including prior leadership roles in the nonprofit, philanthropic, and public sectors. Formerly, as executive vice president at the national Lawyers’ Committee, he coordinated the organization’s strategic, programmatic, and operational efforts to advance the fight for racial justice.

Prior to joining the national Lawyers’ Committee, Hewitt was the inaugural executive director of the Executives’ Alliance for Boys and Men of Color—a philanthropic network of more than three dozen national and local foundation presidents focused on shifting policies, structures, and the false narratives that negatively impact our nation’s sons and brothers. Through his leadership, the Alliance helped incubate, coordinate, and launch more than $200 million in collaborative grantmaking efforts on issues ranging from police accountability to college completion. He was also the chief liaison from the philanthropic community to the White House on policy issues impacting young men of color.

Hewitt previously worked as a Senior Advisor at the Open Society Foundations, where he coordinated special projects, including philanthropic responses to the uprisings following police killings of unarmed Black people in Ferguson, Missouri, and Baltimore, Maryland.

He worked for more than a decade as an attorney at the NAACP Legal Defense and Educational Fund, where he was lead counsel on a variety of litigation and policy matters and supervised teams of lawyers and policy experts. He led the organization’s Education Practice Group and pioneered its efforts to address the School to Prison Pipeline. He also coordinated organization-wide litigation and advocacy efforts in response to Hurricane Katrina, establishing a satellite office in his hometown of New Orleans. In this capacity, he developed advocacy efforts on education, policing, and fair housing. One of his most important cases, Greater New Orleans Fair Housing Action Center v. U.S. Department of Housing and Urban Development, yielded nearly $500M in new relief for Louisiana homeowners.

Hewitt also served as executive director of the New York Task Force on Police-on-Police Shootings, an entity created to analyze police practices after off-duty African American and Latino police officers were killed by fellow officers after being mistaken for “criminal” suspects.

Hewitt is co‐author of a book, The School‐to‐Prison Pipeline: Structuring Legal Reform, and has published numerous law review and mass media articles on issues ranging from school discipline policy and progressive education reform to voting rights and juvenile justice policy. Hewitt holds a B.A. in Political Science from Louisiana State University and a J.D. from the University of Pennsylvania Law School.  Following law school, he clerked for the Honorable Eric L. Clay on the U.S. Court of Appeals for the Sixth Circuit. He currently resides in suburban Maryland where he and his partner are raising their three young children to take on the next generation’s racial justice work.

John P. Morris was the first—and, for a long time, the only—African-American faculty member at ASU Law. He had a lasting impact on those who knew him. This annual lecture series was established to honor his memory. The topic of each lecture relates in some way to the legal issues surrounding diversity and inclusion today. The lecture provides an invaluable opportunity for our students, faculty, and staff, as well as the general public, to learn more about the work being done across the country and the world to address inequality and injustice.