Like stories, arguments live in settings described by time and place. In a series of recent opinions, Justice Sonia Sotomayor has crafted lasting images of the settings for issues before the Court, images that stand in for the argument at the heart of the matter. If we think of the art of rhetoric as the ability to “capture in opportune moments that which is appropriate and attempt to suggest that which is possible,” we hope for opportunity and possibility to coincide. But in the real world, we know that finding the opportunity to pursue the possibility may come months or years in the future—or it may already be in the past. Despite an apparent shortage of opportune moments, Justice Sotomayor has developed a sense of timing that affects the reader’s understanding of the setting in which a particular issue arises. By doing so, she brings closer the eventual meeting of opportunity and possibility. 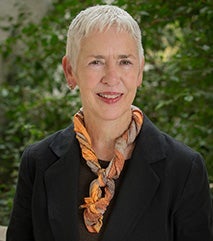 Linda Berger is Professor of Law Emerita at UNLV. Her research and writing converge on the study and practice of legal rhetoric, drawing on a range of disciplines. She is a series editor of the U.S. Feminist Judgments Series; co-editor of U.S. FEMINIST JUDGMENTS: REWRITTEN OPINIONS OF THE UNITED STATES SUPREME COURT (Cambridge 2016); and co-author of LEGAL PERSUASION: A RHETORICAL APPROACH TO THE SCIENCE (Routledge 2018) and LEGAL RESEARCH: EXAMPLES AND EXPLANATIONS (Wolters Kluwer 2016).

Professor Berger has been a leader in discipline building and professional development initiatives within the national legal writing community, receiving the inaugural ALWD Linda Berger Lifetime Achievement Award for Excellence in Legal Writing Scholarship. She served as President of the Legal Writing Institute (LWI) and has been a member of the LWI and ALWD Boards of Directors. Professor Berger was a founder and the long-time editor-in-chief of LEGAL COMMUNICATION & RHETORIC.

Professor Berger's articles and book chapters are wide ranging in subject matter. Her early scholarship applied New Rhetoric composition theory to the reading and writing processes of law students and law teachers. Her later scholarly work blends interdisciplinary study with rhetorical analysis, drawing on research findings from analogy, metaphor, and narrative studies in order to examine the persuasiveness and effectiveness of written and oral communication.

The Judy Stinson Lecture is an annual event featuring a legal scholar hosted by ASU Law. The lecture series is named after Judy Stinson, who retired in 2020 after teaching legal writing for 27 years. Judy's distinguished career includes both the Thomas F. Blackwell Award and the Rocky Mountain Award. She is a previous president of the Association of Legal Writing Directors and member of its Board of Directors. With Suzanne Rabe and Terry Pollman, she co-founded the Rocky Mountain Legal Writing Conference in 2000. She is the author of EXAMPLES & EXPLANATIONS: LEGAL WRITING, now in its third edition (with Terry Pollman as co-author) and THE TAO OF LEGAL WRITING, as well as numerous articles.

Judy was the Director of ASU Law’s Legal Method and Writing Program from 1997 to 2011, when the program became autonomous. She was also the Director of the Academic Success Program from 1997 to 2006. She served as Associate Dean of Academic Affairs from 2011 to 2017, and then Executive Associate Dean from 2017 to 2018. In 2019, ASU awarded her the Distinguished Professorship in Legal Method, a fully endowed $1 million professorship.