The ultimate purpose of the Arizona Native Vote Election Protect Project is to protect the right to vote for Native American voters. The project started in 2008 after Native Americans were disproportionately disenfranchised by Arizona Proposition 200, Arizona’s voter identification law.

If you are interested in volunteering on Election Day, November 8, 2022, sign up below (you can choose the time and location!)

Thank you for your support!

The History of Indian Voting Rights in Arizona: Overcoming Decades of Voter Sup… How the Native American Vote Continues to be Suppressed Voting During a Pandemic: Vote-by-Mail Challenges for Native Voters The Struggle for Equal Voting Rights: 45 Years of the Voting Rights Act The Year of the Native Voter Voting in Our Voices

The ultimate purpose of the Arizona Native Vote Election Protect Project is to protect the right to vote for Native American voters. The project started in 2008 after Native Americans were disproportionately disenfranchised by Arizona Proposition 200, Arizona’s voter identification law.

In 2006, Agnes Laughter (Navajo Nation), a dedicated voter, went to vote at her usual polling location in Chilchinbeto Chapter House but was denied the opportunity to vote because she did not have the requisite identification despite being recognized as a clan relative of the poll worker. Because Grandma Agnes was born in a traditional Navajo Hogan, had no electricity or running water in her home, and did not drive, she lacked access to a birth certificate, utility bill, drivers license, or vehicle insurance that constituted lawful identification to receive her ballot. Grandma Agnes filed a lawsuit along with the Navajo Nation to challenge the law and worked with the Indian Legal Clinic to obtain a delayed birth certificate and state-issued identification so that she would not be denied her right to vote for lack of identification in the future.

After Agnes’ case illuminated the unique challenges that Native Americans face when voting in Arizona, in 2008 the ASU Indian Legal Clinic partnered with the Inter Tribal Council of Arizona, the Arizona Indian Gaming Association, and the Native American Bar Association of Arizona to establish the Arizona Native Vote Election Protection Program. The Project seeks to be available, through the hotline and our field program, to help voters like Grandma Agnes before they leave the polls and to help advocate for them on election day.

Given these unique obstacles, the Native Vote Election Protection Project seeks to identify potential challenges before election day, train and maintain a network of volunteers to respond to incidents on election day, and collect data on barriers to voting. 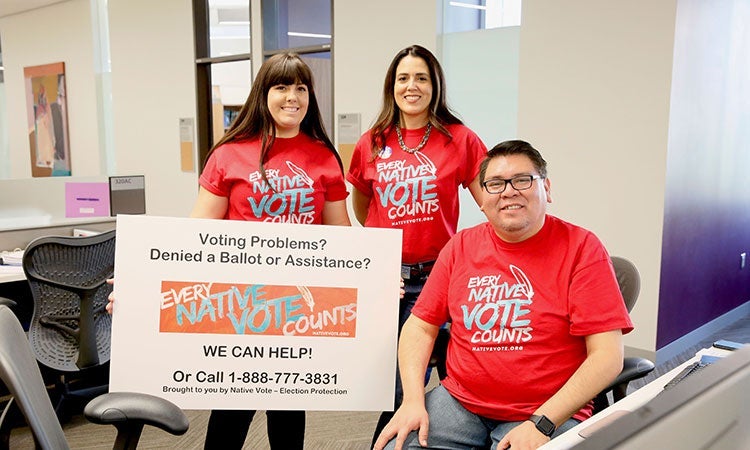 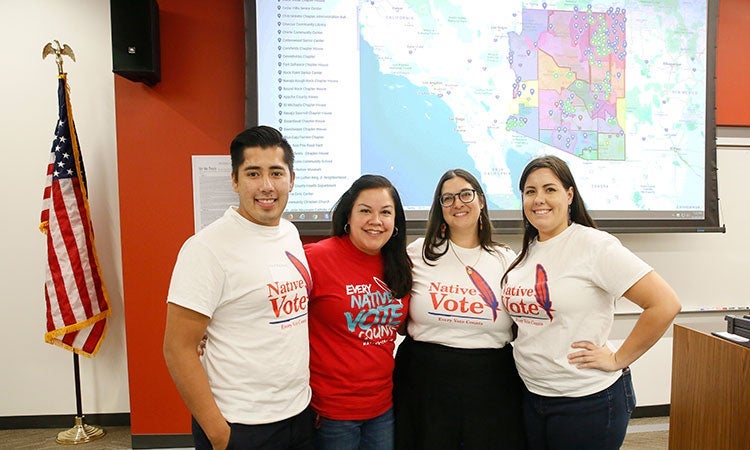 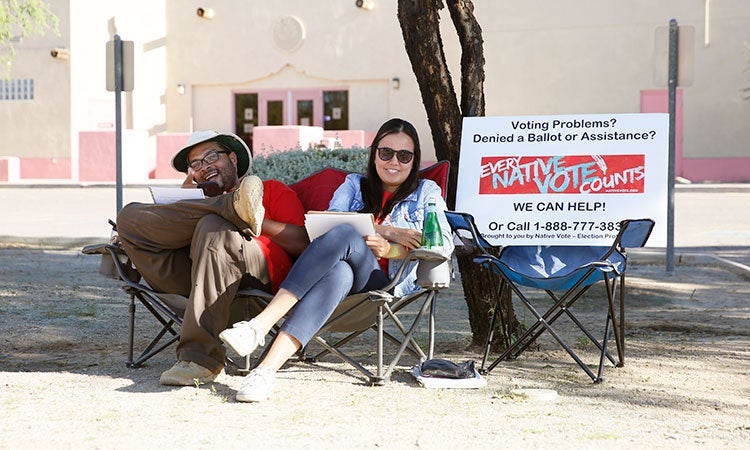 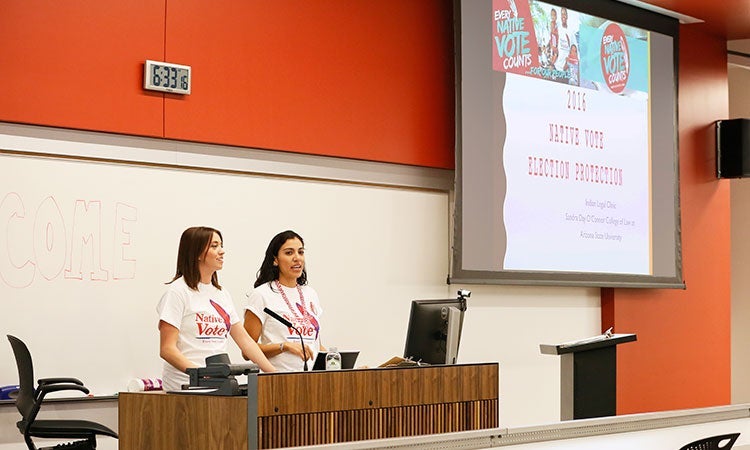 The Arizona Native Vote Election Protection Project collects data on barriers to voting for Native Americans in Arizona. This effort is led by the Indian Legal Clinic. Additionally, the Clinic leads Arizona Native Vote’s publication of election reports. Our election reports outline the election protection plan for each election cycle, provide a summary of election incidents and litigation, and analyze turnout amongst Native American voters. Such reporting and data tracking is critical given the data gap in Indian Country. 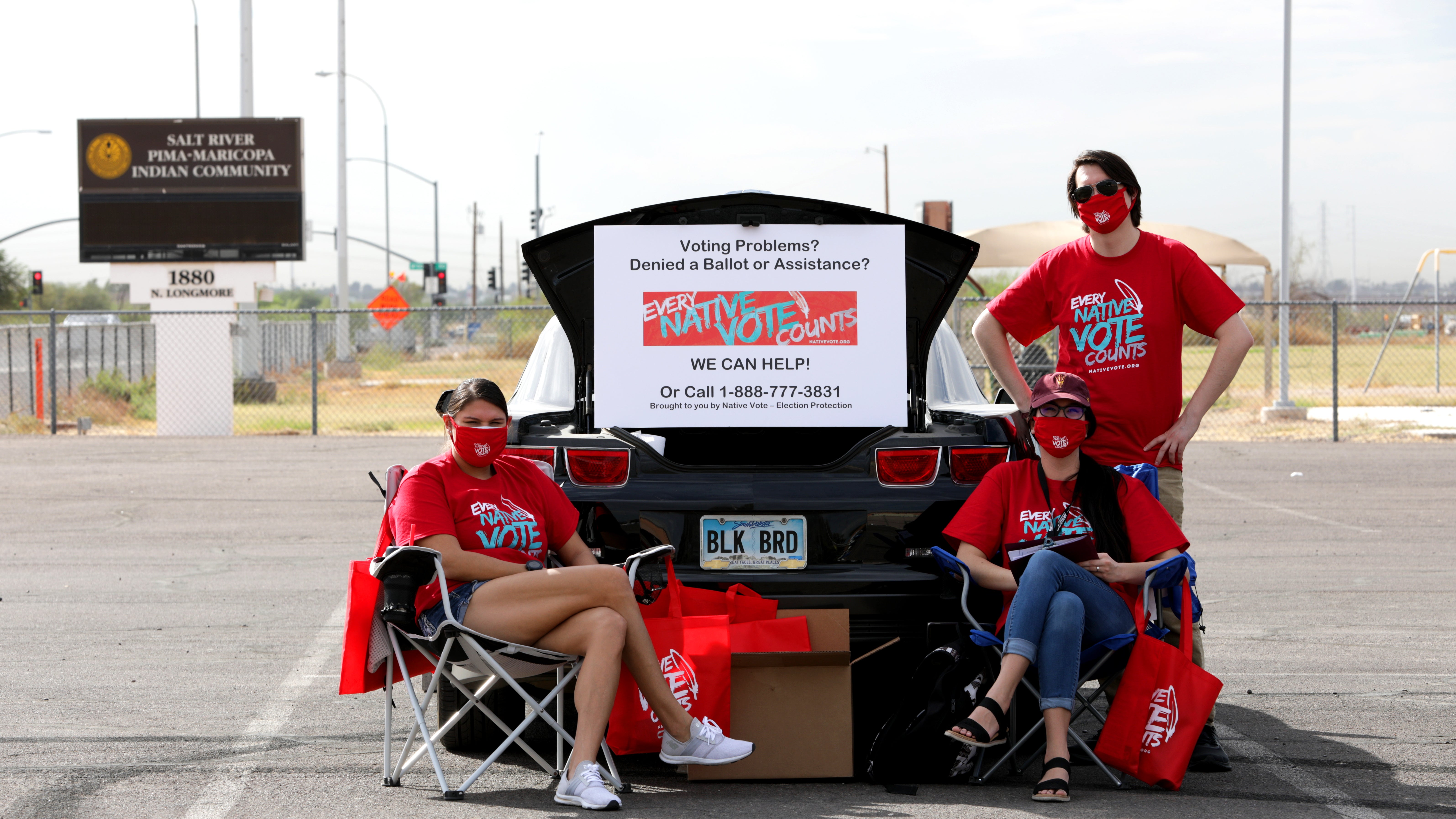 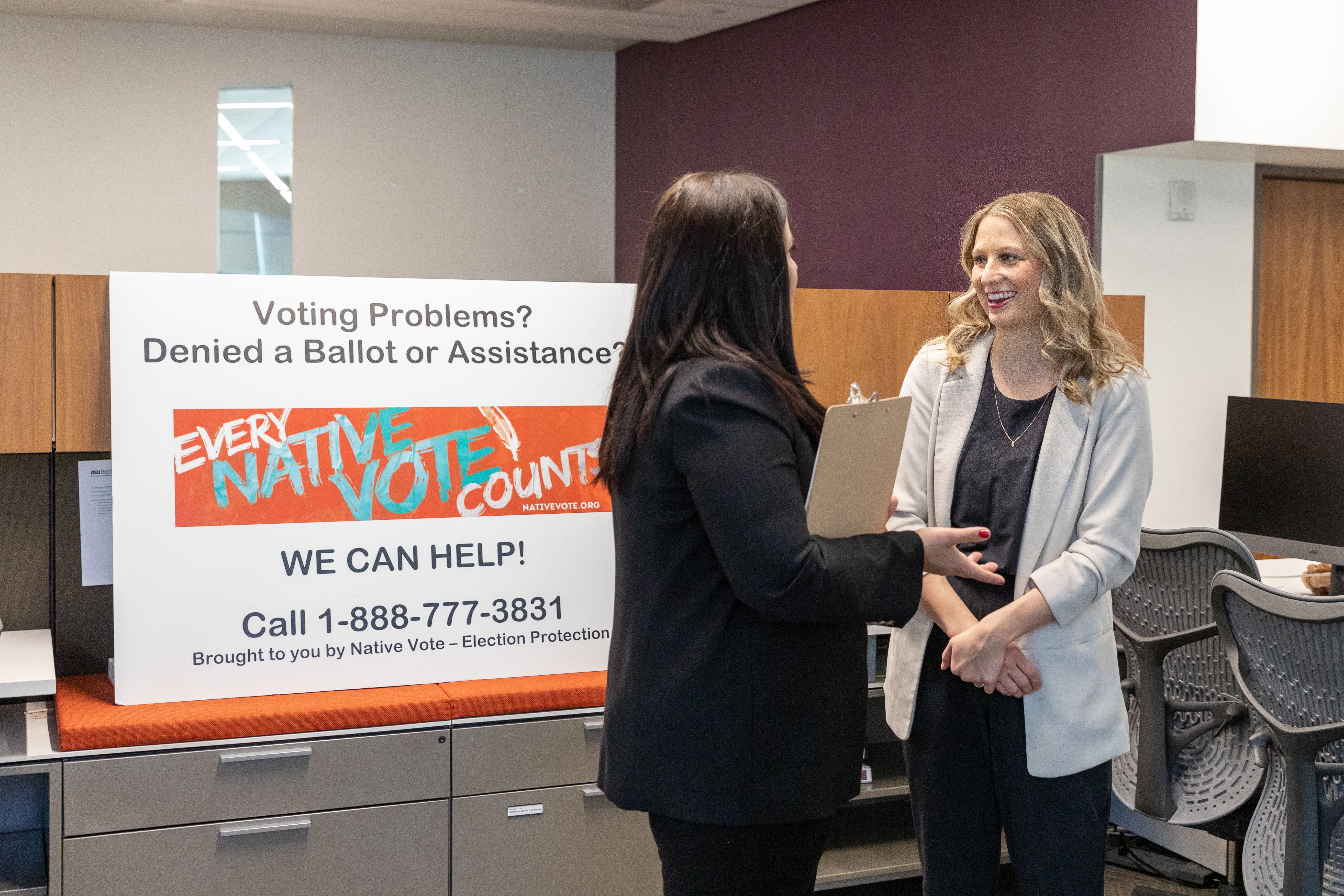 The U.S. Constitution requires states to redraw their congressional and state legislative district boundaries every 10 years following each decennial Census. The goal of redistricting is to protect the constitutional right to “one person, one vote” by ensuring that each district has approximately the same number of people. In Arizona, the Independent Redistricting Commission (IRC) is tasked with redrawing the State’s congressional and state legislative districts.

Native Vote Fellow Blair Tarman-Toner tracked the IRC’s deliberations over the course of its fourteen (14) decision-making meetings, as well as tracked the public comments made at thirty-two (32) public hearings hosted by the IRC. Additionally, the Indian Legal Clinic (ILC) regularly presented to Tribes on the redistricting process, assisted Tribes in drafting public comments, and submitted oral and written comment regarding the importance of complying with the Voting Rights Act, maintaining a strong Native American majority-minority legislative district, and respecting reservation boundaries as communities of interest.